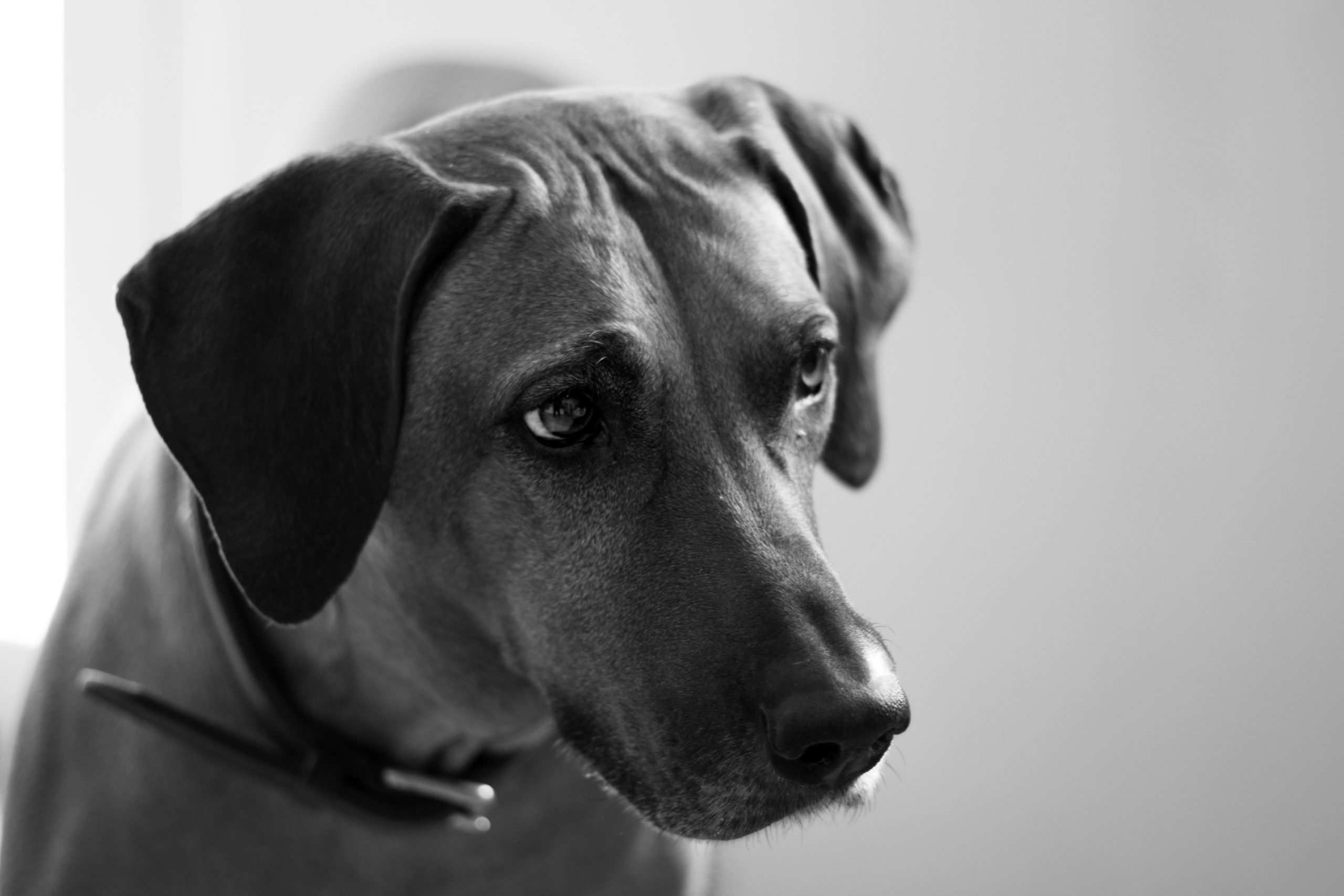 Rhodesian ridgeback traits of the breed is the ridge, formed by the hair on the back of growing in the opposite direction to the rest of the hair. Ridge must be clear, sharply defined, symmetrical. It consists of a front enlarged part situated above a tap, which consists of two chlupovými Faith – crowns (crown) and is called boxing. The entire box should be as nejsouměrnější, but must not make up more than 1/3 of the entire length of the ridge. Ridge tapers uniformly towards the loin into the tip and its width does not exceed 5 cm.

Ridgeback is dignified, intelligent, aloof with strangers, but no signs of aggression or fear.

Rhodesian ridgeback has a direct, free and alive

Moderately long, elongated skull, skull flat, rather broad between the ears, still without wrinkles. Stop well defined. Nose hair is the color black or brown. Muzzle long, deep and strong, the lips are dry and tight.

Rodeský Ridgeback has pitched moderately well apart, round, bright, shining with intelligence. Eye color corresponds to the color of the nose (with a black nose, dark brown with amber).

Rhodesian ridgeback is rather high, medium size, rather wide at the base, towards the rounded tip is gradually narrowing. Lying close to the head.

not too broad chest, very deep and capacious. Ribcage slightly arched, in any case, but not barrel-shaped. The back is strong shoulders are powerful, muscular and slightly arched.

compact, with well arched phalanges, round, durable pads are elastic, between the toes and pads fur.

thick at root, is attached neither deep nor low, towards the tip narrows, it is never ponderous. It carried up slightly upwards, but never curled over the back.

to be with the Rhodesian ridgeback short and dense, smooth and radiant appearance, but never woolly or silky.

It may be at the Rhodesian Ridgeback light weat to red wheat. Torso, legs and tail of uniform color. Allow small white markings on chest and toes, but it is undesirable to many white markings on the parts of the body, in the belly or above paws. Muzzle and ears may be darker.

dogs must have two apparently normal testicles are located in the scrotum.